So as i’ve already mentioned i am trying to include at least one veggie meal per week so this one fits perfectly! It’s such a good way too of using up lots of leftover veggies you have lurking in the back of your fridge! Not only is it pretty easy and speedy to make but it’s also really good for lunchboxes and picnics too (although i’m not sure we’re quite at picnic season yet!!) 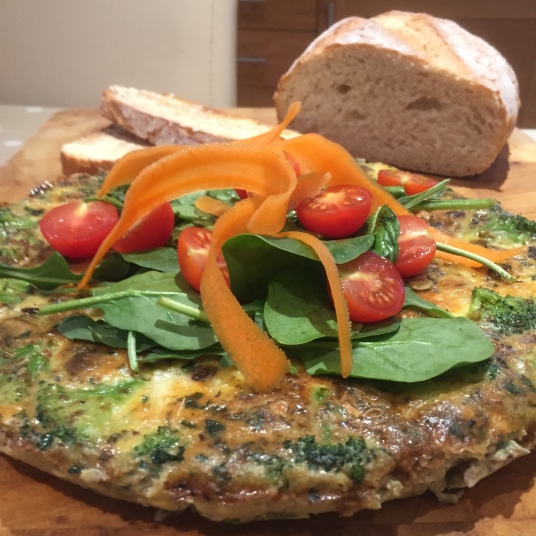 It’s also a fab way to cram in lots of veggies..there are tons of variations too so once you know the method, which i’m sure most of you do already, then you can play around with different flavour combinations! If you’re not that bothered about going veggie then ham, pancetta and chorizo work really well in fritatta’s!  If you’re not dairy free then cheese is also a winning combo…crumbled in feta, with spinach and red onion…or grated halloumi with pesto and broccoli…sweet potato would work too…posibilities are endless! 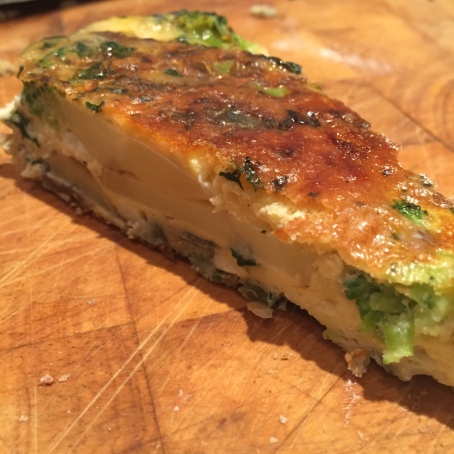 You need to start by  browing off your mushroom and onion… 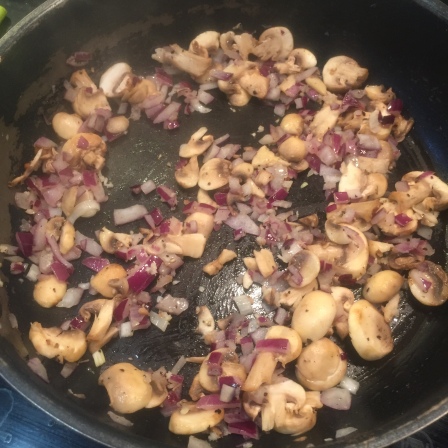 once browned and the onion softened slightly add the cavelo nero and the garlic.

Now you need to add your cooked potatoes and broccoli, reserving some florets to decorate later.

Next in goes your egg mixture (so eggs, oregano, salt, pepper and cheese if using beaten together)

Now add the remaining broccoli florets, the remaining cheese (if using) and then turn the heat down to low and cook on the hob for around 5 mins or until the edges start to set but there’s still a wobble in the middle.

and then you need to finish off under the grill until set. 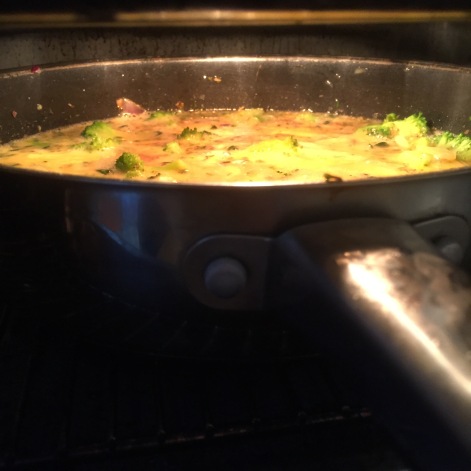 It’s ready when set in the middle and a golden brown!

Now the hard part – turning it out onto a plate or board. Gently go around the edges with a silicone spatula and then place a plate over the top of the pan and turn upside down…and then keep your fingers crossed the frittata comes out!…Then transfer to another plate so it’s the right side up! Finally decorate the top with some salad leaves..

So for this frittata I used the following:

What you need to do: 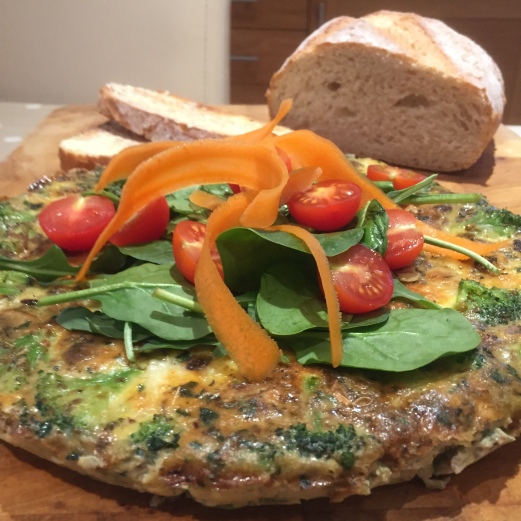