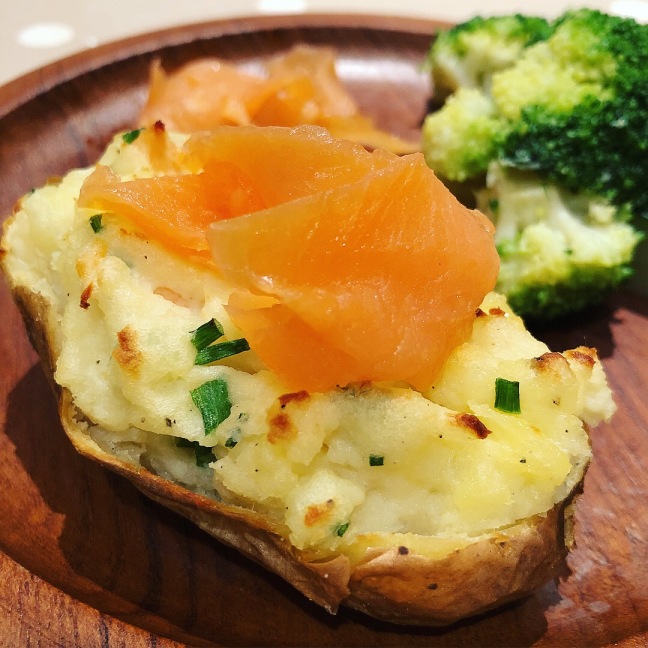 Maisie’s choice of dinner tonight and luckly it was a super easy request! Sometimes the simplest ones are the best! 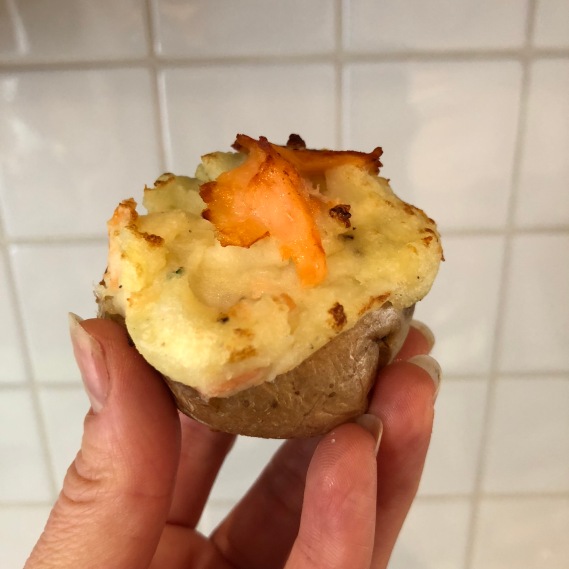 It’s literally a case of baking some potatoes, taking the filling out, mixing it with some added ingredients and then popping that back into the potatoes and baking again! What could be easier. The other good thing about this is that you can prep most of it beforehand so if you’re in a rush then it literally takes 10 minutes to warm through when needed and you don’t have to wait for an hour for the potatoes to cook as you’ve already done that bit.

I’m always up for recipes i can prep in advance..as much as i love cooking with the kids mealtimes can be hectic and children can be hangry!! So making the bulk of the meal first really helps with the teatime madness! Don’t get me wrong you can still get the kids to chop veggies and do the bits which need finishing off! I’m all about getting the kids involved in the processes as i honestly believe exposure to food and hands on time with cooking really helps with how much they will eventually eat!

So first of all you need to coat your potatoes in some olive oil and some salt…then they’re ready to be thrown into the oven..Start with a low heat for 45 minutes and then whack the heat up for the last 10/15 mins which helps to crisp up the skin! 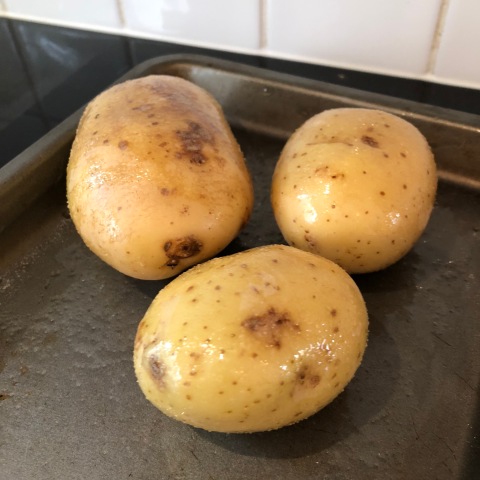 Once the spuds are ready simply scoop out the insides.. 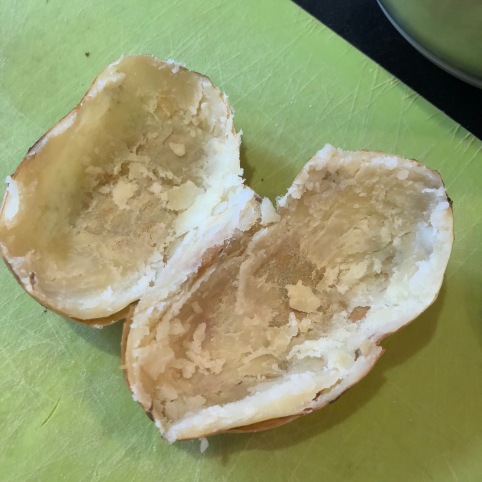 Place the potato into a bowl and add…your chives, butter, milk, sour cream, smoked salmon and some black pepper. You could also add some lemon juice in here too if you fancied!? 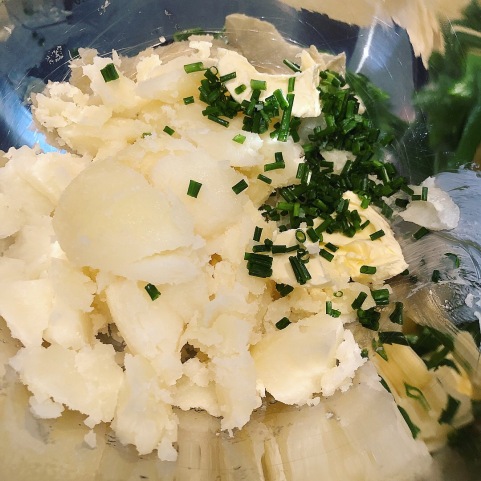 Mix the filling up and then pop back into the skins! Place you potatoes into an oven proof dish..You can then cover these and leave in the fridge until later or simply pop under the grill for 5 minutes or so to brown the top! 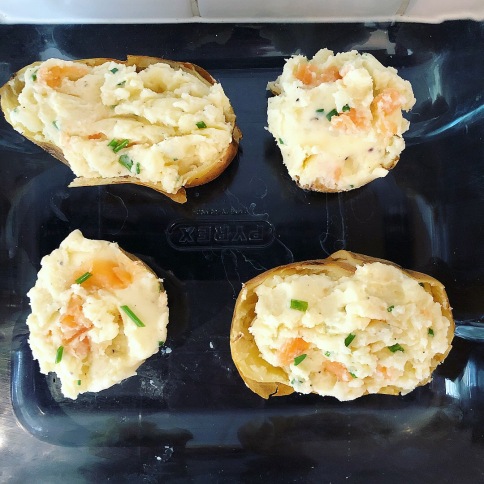 If eating later you may want to pop into the oven for 10 mins and then under the grill for 5 mins…still super speedy and speedier than doing all of it last minute!

It’s literally the easiest thing to make and barely needs a recipe as you can see from the above but i’ll write a quick one down here for you because i’m nice like that!!!!!!!

So what you’ll need:

What you need to do:

See you next time! xx

One thought on “Twice Baked Potatoes with Smoked Salmon”